December 17, 2013
I have a story to tell before I continue my Epic Journey in Northern Palawan. A story that almost stopped and made me go home. But my excitement was overflowing, I didn't bother that I have a bleeding wound and continued my journey. I wasn't planning to write about this but it seems that I cannot continue the series without this story. 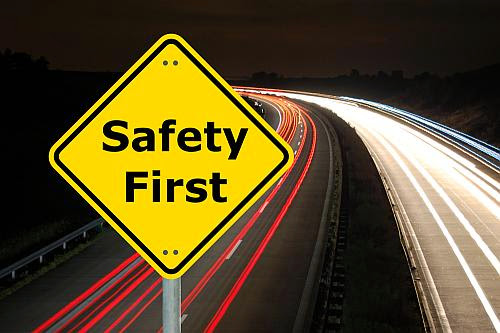 The bus dropped me in Alimangunan  intersection along the main highway of Palawan. I asked the men in the corner looking at me how can I go to San Vicente. They immediately offered a single motorcycle ride for Php300. It would take a good of one to two hours to reach the Poblacion in San Vicente where the so called longest white beach is located. I jumped on the motorcycle when we agreed at Php200. The motorcycle was a bit small and uncomfortable but still we hit the road with the two of us compacted on that small seats.

Not even a few second of gaining acceleration I notice that there was something wrong with how he drive. I saw a curve road, he turned and in just a matter of two seconds my right knee scratches on the pavement as the motorcycle bend for a less than 10 degree angle before we both hit the floor.


When I realized I was okay. I immediately checked on the driver if he's okay too. Thank God he was. I went to the nearby store thinking of nothing. I sit for a while and thanked God that I am alive. Thank God it wasn't my head. Thank God I didn't had fracture. Then after a few seconds of prayer I felt the blood running on my right knee down to my leg. There was blood all over my right knee and feet as well as on my gums I realized. I don't know why there's blood on my gums. My knees was shaking. It feels so numb. I asked for a clean water because I wanted to remove the dust on the wound. Then I suddenly realized that I also have scratches on my right arm and hands.

Still I was determined to proceed because I wanna be amaze. I don't know why I still trust that guy who almost killed me while driving recklessly (or was it just the small motorcycle?). He changed motorcycle into a much bigger one. I jumped on it as if nothing happens.

Though I don't drive a single motorcycle, the accident  could happen again to me cause' I am a frequent back rider of my friend who has a big bike. I am not afraid to ride a motorcycle again either. I don't blame such wonderful machine of transportation for the fault of men.

I just realize though that we have to take extra precaution before going into something. Don't let the excitement overpowers you and neglect safety measure. I should have check the motorcycle if its good for a one to two-hours-rough-road  ride for two people. I charge this to experience. Ill be more careful next time.

This is part of my Northern Palawan Series

This is the travel blog of Jherson Jaya - banker by profession, adventurer by passion. Everything written here were based on his experiences. The lust of seeing new places thrilled him to explore both the explored and unexplored world. Old and new architecture fanatic; lover of food, both exotic and indulgence; and founds peace in long bus and train rides - that's how he describe his way of traveling.