November 08, 2012
Part of the 400 Baht entrance in The Grand Palace  is the entrance to Vimanmek Mansion and Anantha Samakhom Throne Hall located in the Dusit Palace Complex. Both serve as a Museum that highlights the rich culture of Thailand. Each museum is strict in terms of dress code. You have to wear appropriate dresses in order to get inside. Meaning no shorts and inappropriate tops are allowed inside. No worries for the foot wear because you will enter Vimanmek Mansion barefooted. Samakhom Throne Hall in not strict on foot wears. They actually prefer a sarong for both men and women. There are souvenir shops that sell sarongs outside Vimanmek Mansion for 100-150 baht for those who failed to comply like me. Hehehe… In addition no camera is allowed inside. You will leave all your belongings in a locker which you will rent mandatory.

You will pass by this area as you go to Dusit Palace Complex. 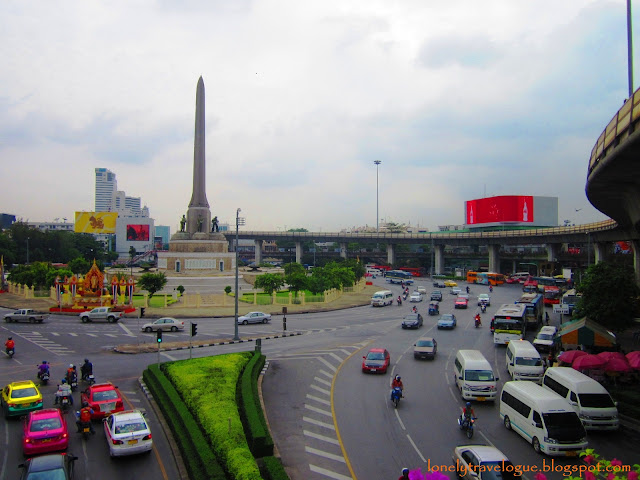 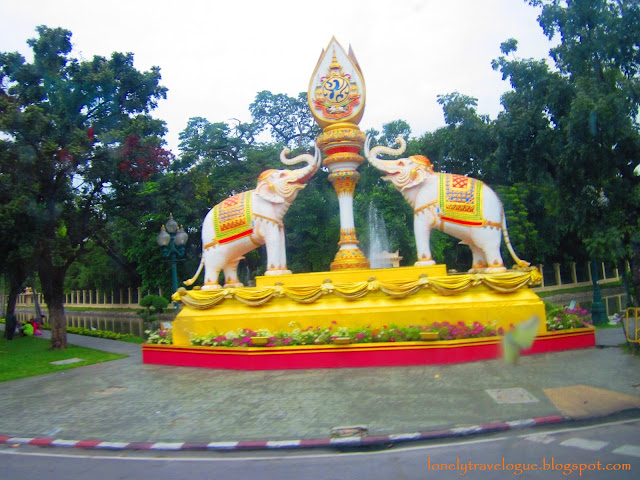 You can choose to either tour the largest golden taekwondo mansion on your own or join a guided tour for free for a better understanding of the mansion's history. The Mansion was built by the most well-loved king of Thailand - King Rama V. Though they love all of their kings - Thais have high regards for King Rama V. 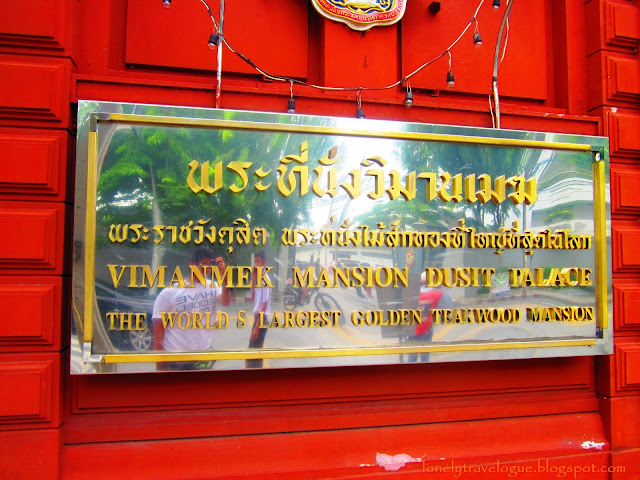 Who is King Rama V?

Ok... I know that he is King Phra Bat Somdet Phra Poramintharamaha Chulalongkorn Phra Chunla Chom Klao Chao Yu Hua  or in short king CHULALONGKORN. Hahaha… yes you're right I did not memorized that long name, I googled it. Lol. I first encounter the name King Chulalongkorn way back in highschool when we were studying Asian Literature and Thailand was assigned to me for reporting. I also remember my teacher showed us the film Anna and the King starring Jodie Foster as Anna Leonowens and Chow Yun-fat as King Chulalongkorn. Anna Leonowens was an English teacher in Thailand during the 1900(?).


The Thai’s love this King like a rock star! King Chulalongkorn was an innovator and a great leader. He uplifted the educational system of Thailand, and maybe this is the reason there is a university after his name. He traveled to Europe twice and bought many good things back in Thailand both materially and ideology. He was considered a National hero I think. Proof to that was our tour guide passionately tells the story of this great king to us.

There was a point during the tour that I mentioned the film Anna and the King to our guide and low and behold he was literally bursted out of irritation! If you saw her it was as if her mind was saying don't you dare mentioned that! That’s blasphemous! Haha… So obviously they didn't like the film and when I searched the reviews of the film, the Thai government actually banned it from showing in Thailand. So don't ever mention it to a Thai when you visit Thailand. Yes its actually blasphemous because the film as if showed that the king is fool. And there was no love story between the two characters which the film showed.

I was with a family from the United States during the tour. The man of the family was well read about Thailand’s history. So he and I were bombarding questions and insights to our passionate tour guide.

The mansion was meticulously preserved in every detail. Most of the furnitures  are original. Even the switches are original. The collections are both local from Thailand and Southeast Asia and as I have said all the things that King Chulalongkorn brought from Europe. 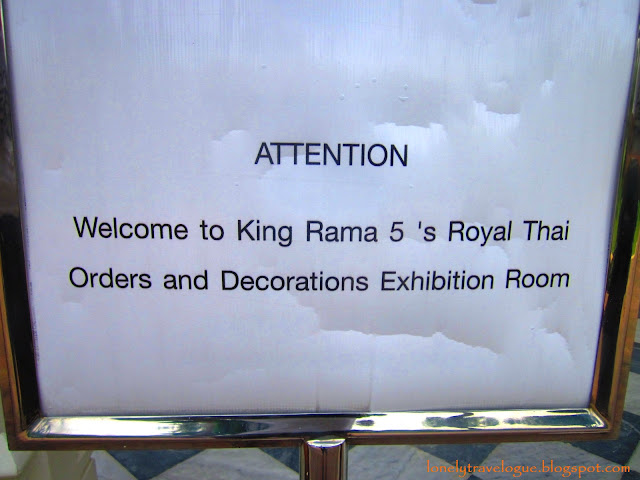 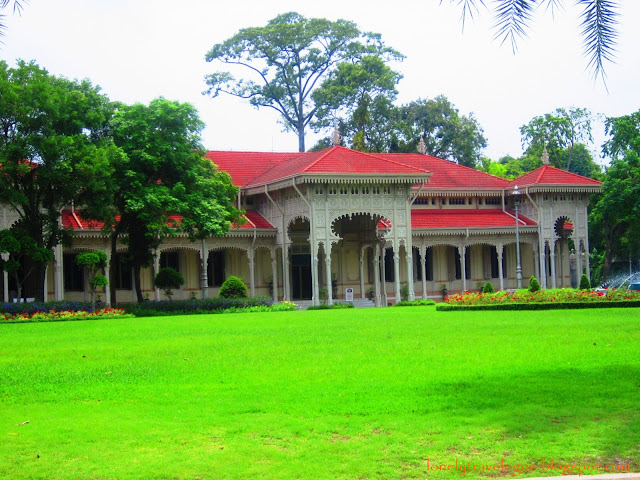 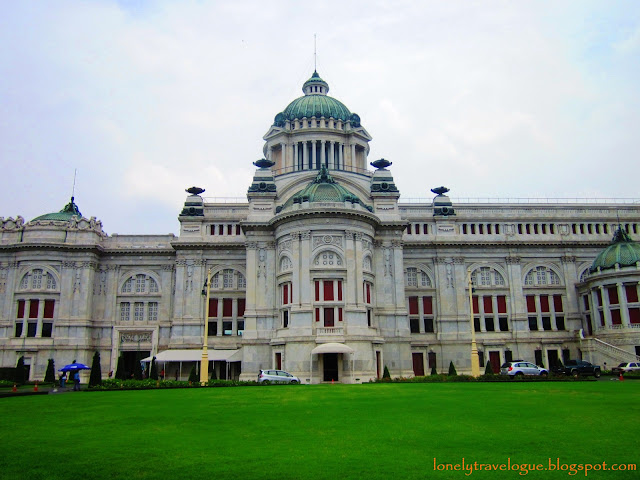 Walking distance from the Mansion is the Anantha Samakhom Throne . The building is an Italian inspired structured used for many state functions. The Museum is highlighted outside by a big dome which will invite you to come inside. Inside, you will be greeted by the staff and will give you a headphone and a handset which will serve as your electronic tour guide. You will just enter the number of the exhibit item and you will hear a voice on the language of your choice. Cool… isn’t? You have all the freedom to stroll around =) Down side on it is you can't ask questions. 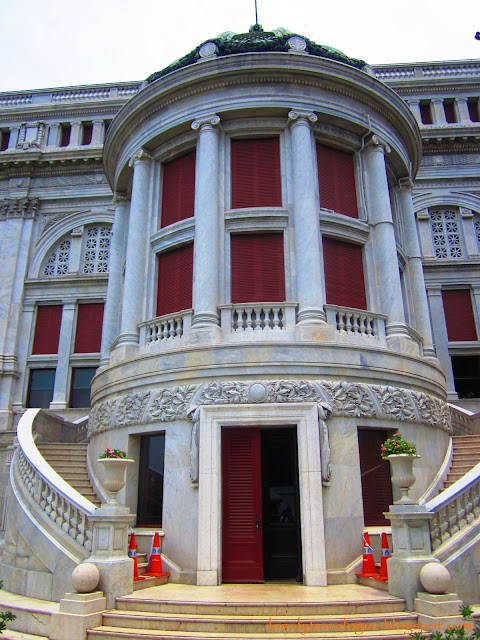 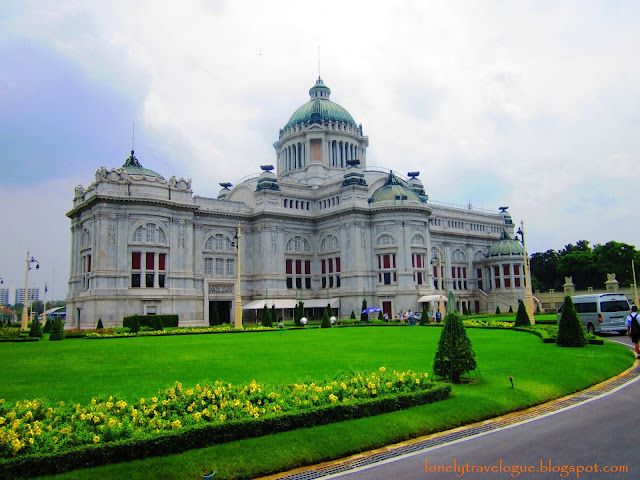 All content was based on my own experience  If you found anything/words inappropriate in this post please email me jhersonjaya2001@yahoo.com or jhersonjaya@gmail.com

This is the travel blog of Jherson Jaya - banker by profession, adventurer by passion. Everything written here were based on his experiences. The lust of seeing new places thrilled him to explore both the explored and unexplored world. Old and new architecture fanatic; lover of food, both exotic and indulgence; and founds peace in long bus and train rides - thats how he describe his way of traveling.